Embracing the value of differences in individuals and communities, iUnite draws together over 30 events for all members of the university community. As part of OIIR’s mission to create transformative learning, this campus-wide event is an exciting opportunity to learn about and celebrate the unique cultures and contributions of faculty, staff, and students at the University of Illinois at Urbana-Champaign.

The iENGAGE program brings together experienced and new students from across campus to travel to a regional community to serve and sightsee. 48 students will be traveling to Chicago to volunteer and learn about the community. For each trip, the main goals are for students to have a transformative learning experience through the service projects; students will have peer-to-peer inclusive student interaction; and students will develop a strong sense of civic responsibility through their impact in regional communities. There will be more trips offered throughout the school year.

Saturday, September 26th
Illini Union, 6 to 8 pm
Sponsored by the Illini Union Board

Part or Islam Awareness Week, the Wear a Hijab Challenge is dedicated to exploring the roles and beliefs of Muslim women and what it means to wear the hijab (covering). Women of all backgrounds are encouraged to participate in the event by wearing a headscarf and sharing their experiences. The Wear A Hijab Challenge will conclude with a discussion on Wednesday, September 30th at the Women's Resource Center at 6 pm. Facebook Event Page

Bringing Disability to the Diversity Table

Shariah Then and Now

Edina Lekovic is the Public Affairs Consultant for the Muslim Public Affairs Council. Edina Lekovic has previously served as the Communications Director and has appeared regularly in major media outlets, including CNN. MSNBC, Fox News, CBS Television, the Wall Street Journal, Washington Post, Associated Press, Chicago Tribune, and Los Angeles Times. Edina joined the faculty of Bayan Claremont, part of the Claremont Lincoln University, as an Adjunct Professor in Fall 2013, where she teaches "Religious and Spiritual Leadership in a Muslim Context." She is co-founder and graduate of the American Muslim Civic Leadership Institute and also co-founded Elev8, an arts-based youth leadership development program. She has an M.A. in Communication from Pepperdine University and a B.A. in American Literature & Culture from UCLA, where she also served as the Editor in Chief of the Daily Bruin. Part or Islam Awareness Week.

Peace advocate, Dr. Bernard Lafayette will be speaking about his life working to bring people together. He has traveled the world carrying on his friend Dr. Martin Luther King's dream of institutionalizing Nonviolence. He will tell us about these travels and would love to answer your questions! He is a longtime civil rights activist and organizer, who was a leader in the 1960s Civil Rights Movement. He played a leading role in early organizing of the Selma Voting Rights Movement; was a member of the Nashville Student Movement; and worked closely throughout the 1960s movements with groups such as the Student Nonviolent Coordinating Committee (SNCC), the Southern Christian Leadership Conference (SCLC), and the American Friends Service Committee. 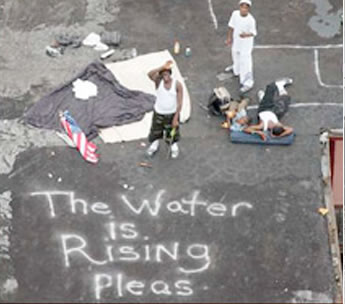 Nominated for an Academy Award® for best feature documentary, TROUBLE THE WATER takes you inside Hurricane Katrina in a way never before seen on screen. Seamlessly weaving 15 minutes of home movie footage shot the day before and the morning of the storm with archival news segments and verite footage shot over the next two years, directors Tia Lessin and Carl Deal tell a story of remarkable people surviving not only failed levees, bungling bureaucrats and armed soldiers, but also their own past. View the trailer. 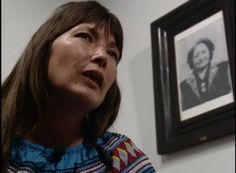 From cartoonish Indian caricatures to the tomahawk chop, the imagery of hugely popular sports teams like the Washington Redskins, the Cleveland Indians and the Atlanta Braves have played a pivotal role in the symbolic depiction of Native American culture. In In Whose Honor?, filmmaker Jay Rosenstein focuses on the story of Charlene Teters, a Spokane Indian whose campaign against Chief Illiniwek, the University of Illinois' beloved team mascot, turned a college town upside down and made many people rethink the larger issues of culture and identity. View the beginning of In Whose Honor? 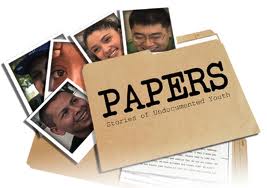 "Papers" is the story of undocumented youth and the challenges they face as they turn 18 without legal status.

There are approximately 2 million undocumented children who were born outside the U.S. and raised in this country. These are young people who were educated in American schools, hold American values, know only the U.S. as home and who, upon high school graduation, find the door to their future slammed shut. It is against the law to work or drive. It is difficult, if not impossible in some states, to attend college. They live at risk of arrest, detention and deportation to countries they may not even remember. Graham Street Productions produced this film in association with El Grupo Juvenil (the "Papers" Youth Crew). These youth producers were actively involved in all aspects of the production. View the trailer. 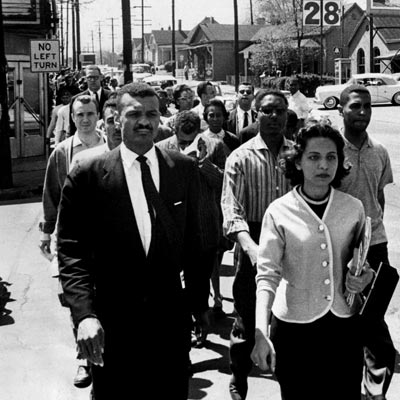 FREEDOM RIDERS is the powerful harrowing and ultimately inspirational story of six months in 1961 that changed America forever. From May until November 1961, more than 400 black and white Americans risked their lives—and many endured savage beatings and imprisonment—for simply traveling together on buses and trains as they journeyed through the Deep South. Deliberately violating Jim Crow laws, the Freedom Riders met with bitter racism and mob violence along the way, sorely testing their belief in nonviolent activism. View the trailer.

In 1982, at the height of anti-Japanese sentiments arising from massive layoffs in the auto industry, a Chinese-American named Vincent Chin was murdered in Detroit by two white autoworkers. Chin's killers, however, got off with a $3,000 fine and 3 years probation, but no jail time. Outraged by this injustice, Asian Americans around the country united for the first time across ethnic and socioeconomic lines to form a pan-Asian identity and civil rights movement.

VINCENT WHO? explores this important legacy through interviews with the key players at the time as well as a whole new generation of activists whose lives were impacted by Vincent Chin. It also looks at the case in relation to the larger narrative of Asian American history, in such events as Chinese Exclusion, Japanese American Internment in WWII, the 1992 L.A. Riots, anti-Asian hate crimes, and post-9/11 racial profiling. View the trailer.

Dr. Milo L. Dodson earned his Ph.D. in Counseling Psychology from the University of Illinois at Urbana-Champaign. He is currently a Post-Doctoral Fellow at the UC Irvine Counseling Center. He is a committed advocate for service-based leadership and serves as Campus Director for Common's Dreamers and Believers Summer Youth Camp, as well as Think COMMON Entertainment's Think COMMON Ambassadors Program for college students. After licensure as a Counseling Psychologist, Dr. Dodson intends on creating and hosting a television show to holistically discuss wellness, mental health, and social justice.

Do you have a food allergy or have friends with a food allergy? Attend this class to learn how to prepare dishes that are deliciously free of the top 8 allergens (peanuts, tree nuts, dairy, soy, eggs, wheat, fish, shellfish) and also gluten-free. The menu includes an appetizer, entrée, side, and dessert and is inclusive because you and your food allergy friends will be able to eat the same foods together at one table! Available to the first 20 participants. Register by emailing jlk@illinois.edu.

Generosity is a key principle in Islam and sharing a meal with someone is one manifestation of generosity. The campus community is invited to share a meal with people of all faiths as we near the end of Islam Awareness Week! Facebook Event Page